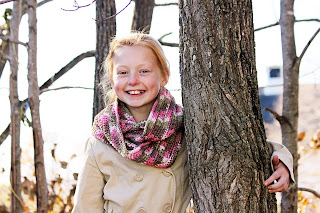 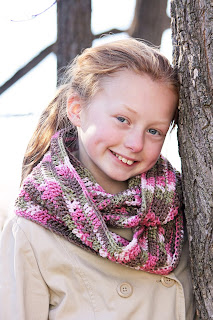 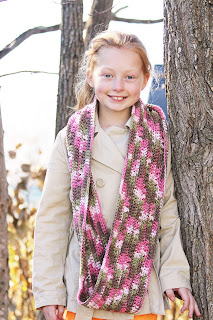 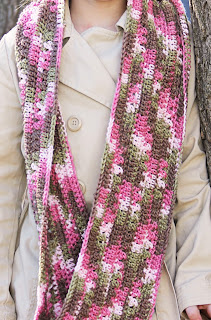 It's been a long time since I've had the chance to post a pattern.  This one is something I've tried twice now.  One in bulky yarn and this one in worsted weight. They are basically the same, an even amount of stitches, with the worsted version with about 70 more than the bulky.  My Worsted weight version ended up with an even six inches in width.

You want to have an even amount of chains to start with, so that when you do the cross stitch double crochet it will come out evenly.

Chain 170 stitches, or however long you want your scarf to be.  I wanted to be able to double this one up.
Making sure chain doesn't twist, slip stitch to close to begin working in rounds.
Round 1:  ch 1, single crochet in same stitch and in each stitch around.

Round 2: ch 3, (counts as first stitch now and throughout) double crochet in next stitch and in each stitch around, slip stitch to top of beginning chain.

Repeat rounds 1-4 for a width of your choice, I worked 3 sets total.

Then work another round of double crochet and then one final round of single crochet to finish off.
Posted by Vallieskids at 10:52 AM